Things to do in Zagreb

If you are thinking of visiting Zagreb, just do it. You won’t regret it. If you’re not sure what to do in Zagreb, don’t worry – we’ll help you pick the right places, make you fall in love with Zagreb and experience it the way the locals do.

We like to say that Zagreb is a city suited to all needs – neither too small, nor too big. It has all the benefits of big cities, while retaining the charm of a small town.

The best time of year to visit Zagreb is the spring when the city parks come to life. However, every season has its appeal. Zagreb is also magical in the fall and the winter, especially during Advent. European Best Destinations selected Zagreb as the best Advent destination in Europe. All Zagreb citizens are very proud of this award.

There are so many things to do in Zagreb that we don’t know where to begin with our list. After much thought, we compiled a list of must-see places when you come to Zagreb. 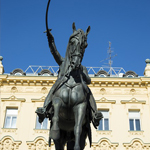 The Ban Jelačić Square is the main square and a central location of all events in Zagreb. It is also the most popular location to start sightseeing, since all the major city sights are within walking distance. Most tram lines cross the square.

The square is dominated by the statue of Ban Jelačić, while the clock on the square is a popular meeting place for young people. A legend ties the Manduševac Fountain to the name of the city . Near the square you will find Dolac, the most famous city market where you can buy fresh fruit and vegetables at the heart of the city. 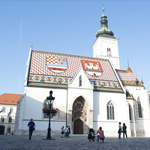 The Upper Town is part of Medieval Zagreb originating from the 13th century. The layout of the streets has only changed slightly over 700 years, so you can still get the impression of what Zagreb looked like a long time ago.

The Stone Gate (Kamenita vrata) is one of the best preserved monuments of old Zagreb. It was part of the defence system of Zagreb’s Gradec, and the only gate that still exists today. It was built in the 13th century, taking its present form in 1760. In the passage, you will notice a chapel with an image of Our Lady of the Stone Gate, the city’s patron, based on the image which survived a major fire in 1731 undamaged.

The Church of St. Mark is one of the oldest buildings in Zagreb. It is recognizable by its colourful bell tower and roof, with the coat of arms of the city of Zagreb and the Triune Kingdom of Croatia, Slavonia and Dalmatia. 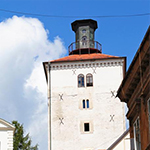 If you find yourself walking around the city at midday, you might be surprised to hear a canon shot. But there’s nothing to be worried about. It is only the Grič cannon marking noon. And it has been doing so for almost 150 years, since 1877. It is located in the Lotrščak Tower in the Upper Town.

The Grič cannon also has a Facebook account where the status is updated to BOOM! exactly at noon every day. 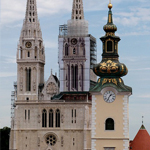 You will notice the Zagreb Cathedral as soon as you step foot on the Ban Jelačić Square. You will want to visit this 108-meter high Neo-Gothic building right away. Its full name is the Cathedral of the Assumption of the Blessed Virgin Mary and it is the largest religious building in Croatia and also one of the most important monuments of the Croatian cultural heritage.

The Zagreb Cathedral was built in the 13th century in the Renaissance style. It was reconstructed after the 1880 Zagreb earthquake, when it was almost completely destroyed, and the cathedral took on its present form with two tall Neo-Gothic towers. 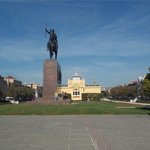 The Green Horseshoe is a system of seven squares and parks which resembles a horseshoe when viewed from above. A walk around the Green Horseshoe will take you to the most important Down Town locations: Zrinjevac Park, King Tomislav Square, the Main Railway Station, the Botanical Garden and the Croatian National Theatre.

The project was finished in the 19th century, and a walk around the Green Horseshoe is essential to get to know Zagreb. Zrinjevac is probably the most beautiful park in Zagreb, and you will love it just as much as the locals do. King Tomislav Square is especially magical in the winter when it transforms into an ice skating rink as part of the Zagreb Advent programme. 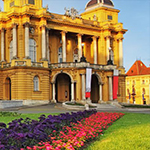 The Croatian National Theatre was officially opened in 1895, and this Neo-Baroque theatre building is one of the most beautiful in Zagreb.

The Croatian National Theatre is the cultural centre of the city featuring drama, opera and ballet. You can find the prices of tickets on the Theatre’s website.

In front of the entrance, you will find the Well of Life, a sculpture by the famous Croatian sculptor Ivan Meštrović from 1905. 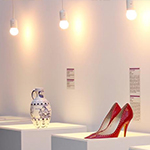 The Museum of Broken Relationships is dedicated to failed romantic relationships and it is the most popular tourist attraction.  The museum exhibits personal belongings donated by former lovers, accompanied by short humorous descriptions.

The exhibition is both in Croatian and English, and translations in German, French, Italian, Spanish, Portuguese, Chinese and Japanese are available using QR codes or booklets. You can check the ticket prices and working hours on the museum’s website.

If you still have an item that reminds you of an ended relationship and you have an interesting story to tell, you can donate it to the Museum of Broken Relationships and contribute to the collection.

The European Museum Forum awarded the prestigious Kenneth Hudson Award to the Museum of Broken Relationships for the most innovative museum in Europe at a ceremony held in Bremerhaven. 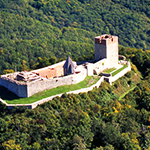 At 1035 metres above sea level, Sljeme is the highest peak of Medvednica, the mountain on whose slopes Zagreb is located. Climbing to Sljeme is one of the favourite activities of Zagreb citizens. The fresh mountain air and natural beauty are all around you, and the view of the entire city from Sljeme will leave you breathless.

During the winter months, Sljeme turns into a ski resort, and Zagreb, along with Stockholm, is the only capital where FIS World Ski Championships are held.

Another place you must visit in Zagreb is Medvedgrad. Medvedgrad is a fortress on Medvednica built in the 13th century which also offers a view of the entire city of Zagreb. 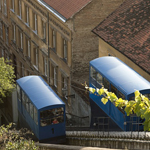 It has been in operation since 1890. Since it has retained its original appearance, constructional properties and most of the technical properties, it was given legal protection as a monument of culture. 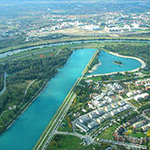 If you come to Zagreb in the spring or summer, you must visit Jarun Lake. Jarun is an artificial lake in the west part of the city and one of the city’s sports and leisure centres.

You can go for a walk around the lake, roller skate, ride a bike, play volleyball or sit down for a cup of coffee. Although we do not recommend swimming in the lake, do not be surprised if you see someone swimming in Jarun.

Jarun is also famous for its nightclubs, especially in the summer, when it becomes the centre of Zagreb night life. Be sure to visit Gallery or Aquarius if you want to have a good time. If you come to Zagreb in June, you should visit the InMusic festival. It is held annually in June at Jarun, and it consists of performances of many internationally renowned artists.

If you want to feel like a real local Purger, you should drink a cup of coffee on the Flower Square or Tkalčićeva Street. These two locations in the centre of the city are where locals enjoy drinking coffee the most, where the café tables are often occupied even in the middle of a work day. We definitely recommend History on Tkalčićeva Street and Bulldog on the Flower Square. 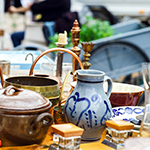 Flea markets are becoming more popular and interesting to tourists in Europe. Hrelić is a trade fair in Zagreb where you can find second hand clothing and shoes, antiques, paintings and art at very reasonable prices.

Trade fairs in the modern Zagreb area date back to the early 13th century. With the development of Zagreb and expansion of the city limits, the location of the city trade fair moved around through history. The trade fair was once also held on the Ban Jelačić Square, the Square of the Victims of Fascism, and in 1979 it finally moved to Jakuševac.

We hope that we answered your question on what to do in Zagreb, and that you learned something useful. If you have any additional questions about Zagreb, feel free to contact us and we will do our best to answer all your questions. If you are looking for accommodation in Zagreb, check out our apartments.